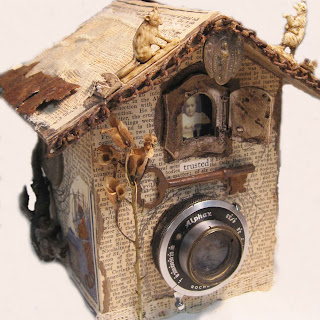 I'm excited to announce that I will be teaching at this Shake Rag Alley, in Mineral Point, Wisconsin in September. That's only two months away!!

If you haven't been to Shake Rag, you are in for a treat. This arts and craft school, resides in a cluster of small historical buildings nestled along a babbling spring.  Built along the hill side on 2.5 beautifully landscaped acres these little structures house a Blacksmith shop, Jewelry classes, Fiber Arts and Mixed media programs, youth arts education and a small performing arts stage.

I'll write more about Shake Rag and it's history in an upcoming post: But if you want to wet your appetite click here to check out their website and see what's creatively in-store for you at this magical location. 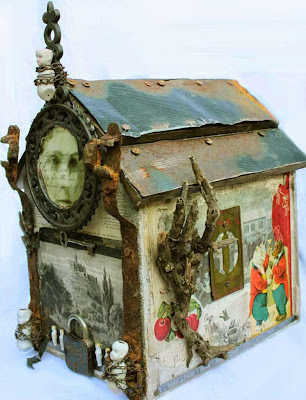 I am teaching of two of my most requested classes 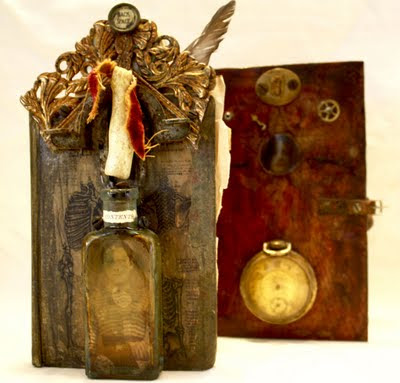 Space is LIMITED - I recommend signing up soon. 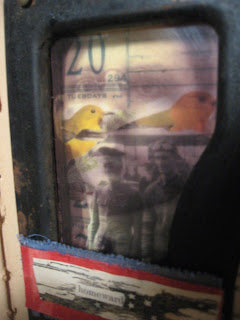 It's going to be a beautiful weekend of art-making and memory collecting. Won't you join us?

Posted by glimmering prize at 10:54 AM No comments:

I think I might be on the verge of being an addict.


I had to take a reality check and decide not to go to the Drum Corp show in Dubuque tonight. I had just been to a DCI show in Madison, WI on the 27th and then one in Whitewater, WI on the 5th. The Bluecoats and Phantom where calling me, but the reality of work (I need to catch up after being out of the office for the holiday) and everyday life (eating a decent meal and taking care of the dog) circumvented me driving the 45 mins to Iowa to see yet another competition.

Dear Reader, I know that's what you are thinking... What the heck is Drum Corps? How the heck can you be addicted to it? Oh lord. How do I explain this? This thing, this activit,  that I did as a teenager and revel in (perhaps even revere it) as an adult fills me with excitement and joy. Some people have their sports teams, baseball, football, soccer... I have DCI. From the end of June to the beginning of August, Drum Corps is my obsession.  I am a huge fan of this hybrid of music, theater and motion, that is part spectacle, part religion.( I will try to explain that part more at some point)  It's all about team work, determination, stamina and joy. Music, moving on a football field. Marching like no half-time show marching band you have ever seen.   Brass and drums and color guard silks that bring out emotion and give you goosebumps.... that's what Drum Corps is.

There are about 25 world class corps in the US. Most of these corps are made up of 150 kids- we're are talking high school and college kids, no older than 21. They dedicate their entire summer to learning musical repertoires and drills, that are incredibly complex and detailed. The Mid-West seems to be the hot spot for Drum Corps International. But these kids tour all summer long, from California to Boston and back again, pushing themselves to give a 110%.

To quote a friend I recently introduced to Drum Corp," it's a half-time show on steroids."

This Drum Corp International video, probably does a better job of describing the musical phenomena:

I had always loved the Phantom Regiment, Cavaliers and Madison Scouts. Three solid, long standing corps from the mid-west that always performed a great crowd-pleasing show. But, in Madison, at the Drums on Parade show, my heart stopped. The Blue Coats took my breath away, Their show Kinetic Noise brought tears to my eyes. I had never seen them perform before, but have been recruited to the Bluecoats camp. Oh. My. Lord. They are a sight to be seen. They are a force to be reckoned with, And if they don't win the championship in August, it will only be because of internal DCI politics and crappy judges. (There- I've said my piece.)

I'm a horn fanatic. I played brass for the LI Grenadiers (1981-1985, Medford, NY) many, many moons ago, And although, I don't play anymore, it is something that I have the DEEPEST, appreciation for,


All right...
I suppose there is more to tell...but I will save that for another night.

Salut! my friends... if you have never experienced Drum Corp and there's a show near you, seek it out, buy some tickets in the cheap seats, enjoy the summer twilight, music and motion. There's nothing like it... watch out... you might get addicted.